What do you understand when you hear the word hack?

Scary people? Nerds in hoodies who live in shady places? Mashing fancy green text into terminals? Thanks to movies, the attention economy & large scale coverage by the media - hacking in the modern sense means security breaking.

As cringy as those phrases sound like, no one’s to blame, words keep evolving. Hacking can mean many different things, there’s no real definition. A quick Google search returns news articles often associating hacking with ‘security breaching’ or ‘stealing’. I beg to differ hacking isn’t about security breaking; when I use the word hacking or say I’m a hacker ~ I mean hacker as in a hacksmith

A hacksmith, a toolsmith?, a person who has total control over their tools. A musician is a hacker, your mother who cooks for you is a hacker, a painter, a mechanic, anyone can be a hacker. Someone who does it for the fun of it, not for money or other worldly needs.

Someone who can build & forge things. A craftsman - who strives for perfection, optimizing resources, polishing blemishes. Someone who finds fun ways to build / ‘hack on’ things. You got to be playfully clever - a prankster you say? maybe.. Tinkering stuff, not just computers, hacking as in life-hacks, not breaching security as such. Those people too, are hackers but not the only ones 👨‍💻

Here are some hackers having fun at MIT. Read more at the Wikipedia page

Residents of MIT’s Simmons Hall collaborated to make a smiley face on the building’s facade. 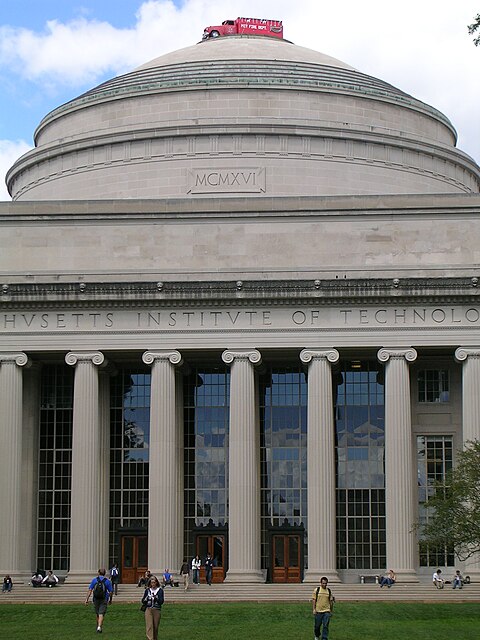 An MIT hack involving a firetruck on top of the Great Dome on the morning of September 11, 2006.

Hacking is art. A show of playful-cleverness

I used to hack on Lego sets, old toys, music players, electronic/circuit boards, striping it down to the bones. Learning about stuff that runs inside. Ripping out DC motors from R.C. toy-cars and building my own robots. A world so fascinating & boundless, compared to the jam-packed days I live today. I had an idea book - a scrapbook where I’d crayon sketch my nifty ideas. Looking back at it today it feels so nostalgic.

A time, when I had limited internet access, no phone or personal laptop, (I used mama’s laptop) & email address. I had ample free time during my pre-teen days. I’ve blogged about it here -> ~/blog/how-i-got-my-username

Me at the beach - holding the sun

My Lego truck. Notice how I extended the steering shaft - to my height using connectors (black/blue), because bending down was a pain

A thermocol toy robot mounted on top of an RC controlled car.

P.S. I’ll add more early hacks - once I finish digging through my photos.

As a hacker you should be able to share, collaborate, exchange ideas freely. Open your ears to criticism, and make improvements. A hacker should be free. Famous people that I regard as hackers include Steve Wozniak, the co-founder of Apple. Richard Stallman, the founder of the GNU project // Linus Torvalds - maker of the Linux kernel & Git. Edward Snowden, Moxie Marlinspike - a Cypherpunk who developed the Signal Protocol, George Hotz

I set out to utilize 2021 in a positive note. Made a bucketlist. Added a lot of things to do. ‘Learn from the best hackers (clever people) in the realm of Computer Science & Research’. I’m half-way there. One more year left. Can’t wait to go to college. 😭😂

I learn from a lot of people on the internet. It’s hard to find good content these days, the modern web is trash. I hang out on the fediverse, other nooky places on the internet like IRC & Matrix have people hacking together on projects like Firefox, Codeberg & KDE. The suckless community, OpenBSD, GNU/*nix distros, SponsorBlock, IndieWeb, Tor uBlock Origin & the many tools that we use to navigate the modern web. Computing will always be a core part of society.

Hope this article inspires you to become a hacker. Should you need any help - feel free to reach out. Catch me in the next one, till then.. adieu! ~ Nathan